Bring On The Cakes And Croissants, Flour And Stone Has Opened A Second Store

Flour and Stone is the cult Woolloomooloo bakery known for its next-level spongy panna cotta lamingtons, crunchy, buttery croissants and wholesome spelt carrot cake (among many, many other incredible treats).

It’s also known for being teeny-tiny, with only about 12 seats in total, making your scones with jam and cream largely a grab and go affair.

As of this week, however, that’s all about to change as Flour and Stone have thrown open the doors of Flour and Stone Annexe. Owner Nadine Ingram announced the new space on Instagram late last year, saying it was not an expansion as such, but rather an opportunity to provide a little more space for her talented team of 22 to work their bakery magic.

“Late last year, as the decade was nearing, we decided to take a moment to consider our presence beyond the shop walls,” Ingram wrote. “So, over the break, we’ve been tinkering away on a different kind of recipe.”

Just a few doors down the street, Flour and Stone Annexe (at no. 43 Riley Street) is largely a kitchen and baking space, but it will also house the bakery’s takeaway section. Via a dispatch window, you’ll be able to pick up your pre-ordered cakes, as well as croissants, tarts and lamingtons, and items from a slightly limited savoury menu.

For anyone keen to learn a little of their own baking magic, Flour and Stone Annexe will host workshops in the near future. 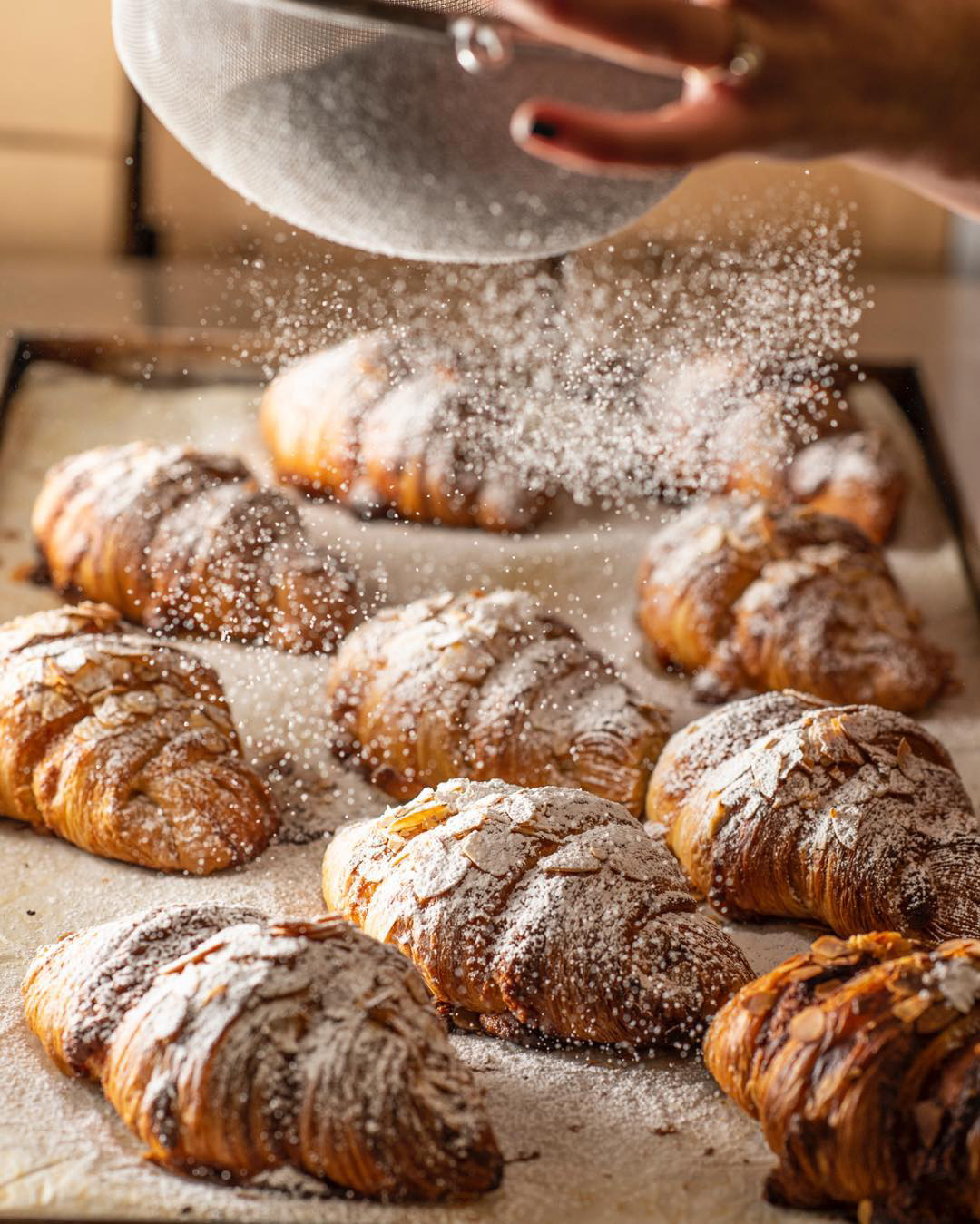 The original space (no. 53 Riley Street) has become the Flour and Stone Salon, your go-to for eat-in pastries—to settle in, slow down and spend a little time with your treat. Because, yes you deserve it, but also, these pastries deserve to be savoured too.

For more of Sydney's must-try specialty bakeries, make your way through this list.