Having opened its doors this week, B.Lucky & Sons can officially take the crown as Brisbane's first adult's only arcade hall-slash-cocktail bar. The down right genius brainchild from Funlabs (the teaM behind institutions Holey Moley and Strike Bowling), B.Lucky sits pride of place in the TCB building on Brunswick St.

For those asking what exactly an arcade-slash-coctail bar looks like, well, we're kind of still asking the same thing. The only thing we do know is that it's easily the wildest, weirdest, straight up crazy-cool thing to open this year so far. 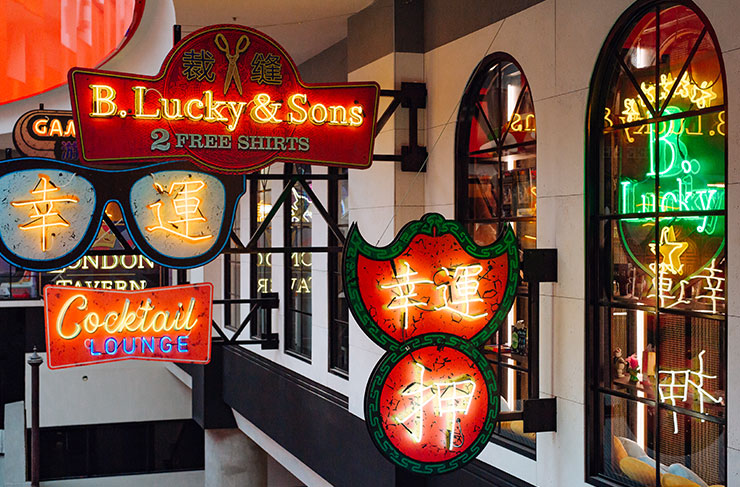 Enter through the pawn shop, which if you didn't know any better could be mistaken for, well, a pawn shop, so detailed is the decor inside B.Lucky. Prizes, which include anything from jewellery, rare vinyl LPs, and guitars, to retro Super Nintendo consoles, even Botox.

Pull back the curtains at the back of the pawn shop and you enter the arcade rooms. Jam-packed with retro and vintage games like Point Blank shooters, basketball hoop games, Mario Kart racing and Walking Dead zombie adventures, claw machines where you can catch giant stuffed Pokemon (or thick rolls of tickets), there's zero chance of fun fatigue here. 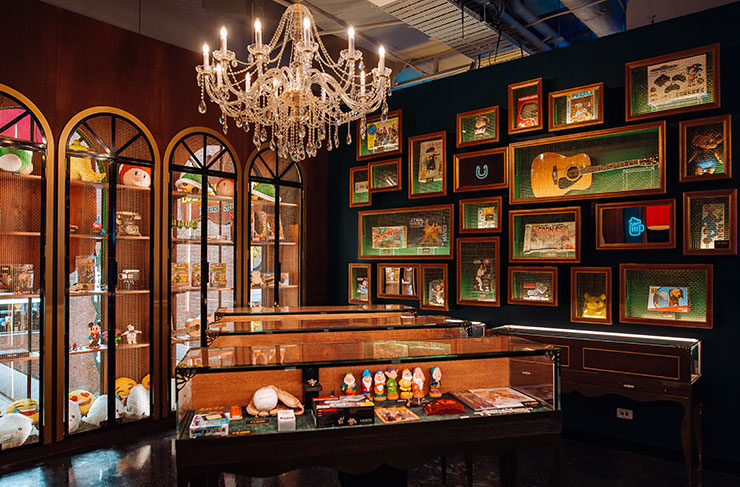 After the gaming, it’s time for dranks. Head through to the cocktail lounge, where the guys are slinging boozy bubble cup cocktails (try the Passion Crackle), classic mixes like Old Fashioned, Sidecars and Mai Tais, or a range of local wines. 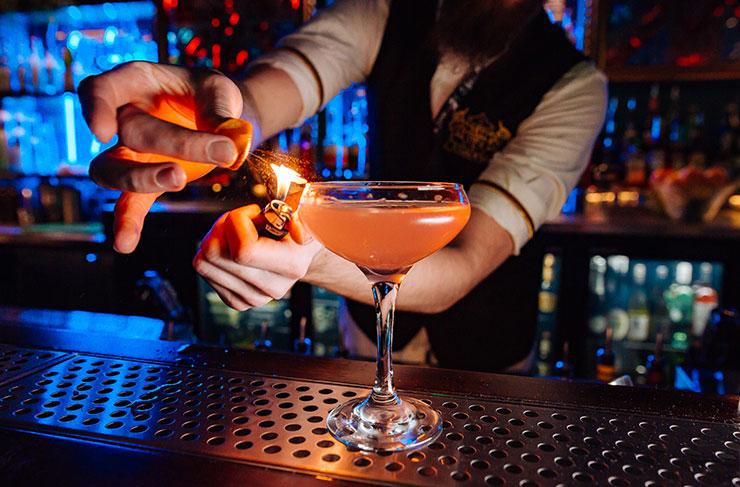 The food is equally bonkers. We hesitate to use ‘East meets West’, but what else do you call a venue that chucks chips n’ gravy pizza and spring rolls on the same menu? Personally, the Pot Cluck pizza is a winner, and we bet it will go well with a side of prawn crackers.

You know what? You can’t read about B.Lucky. It’s just not gonna cut it. Head on down to TCB and see for yourself.