Your Guide To An Ultimate Action-Packed Summer In Brisbane

Summer is the season to let loose, forget all responsibilities and treat every day like its the weekend. So, if you’ve found yourself in a constant loop of binging Netflix while sitting under the AC, it’s time to hit pause on your fifth re-run of Gossip Girl and make the most of this warmer weather at some of the best events this city has to offer.

We’ve put together an itinerary full of festivals, sporting moments and activities for an action-packed summer.

Brace yourselves, December is upon us. Feeling the pressure already? Let off some steam at this Christmas-themed putt putt course—where else are you going to get a chance to whack balls at (a cut out) Santa? Victoria Park is transforming their beloved mini golf course into a dreamy Christmas wonderland, with plenty of booze on hand at the bar.

If ‘take more risks’ happens to be one of your new year’s resolutions, then why not get a head start and try indoor skydiving? You’ll find out whether or not you’ve got the head for it before you jump out of plane at iFly, who’ve brought their revolutionary concept of indoor skydiving to Brisbane. Baby steps people, baby steps.

When: All year round
Where: Westfield Chermside
For more information, click here.

Festive catch ups are coming, and this theme-park-slash-bar-slash-cinema will keep the whole crew happy. Yep, that’s pretty much the only way to describe the soon-to-open Archie Brothers Cirque Electriq. Get in touch with your inner child  with arcade games, dodgem cars, bowling, VR experiences and more—only now, there’s cocktails involved.

This summer is Brisbane’s most epic festival season yet, with another festival newcomer, Wildlands, also joining this year’s musical line up. Headliner RÜFÜS DU SOL is top of our list to see, but the rest of the bill is pretty killer as well, featuring Tyler The Creator, Skepta, RL Grime, Ella Mai and more. Go on, squeeze one last party in before New Year’s Eve.

New year, new you. Who better to speak some truth to those words and kick off your year of smashing goals and self love than Queen Lizzo herself. Ring in the new year by jamming out at FOMO to the ‘Good As Hell’ singer any many others, including, BROCKHAMPTON, Kaytranada, Jax Jones, Madeon and more. 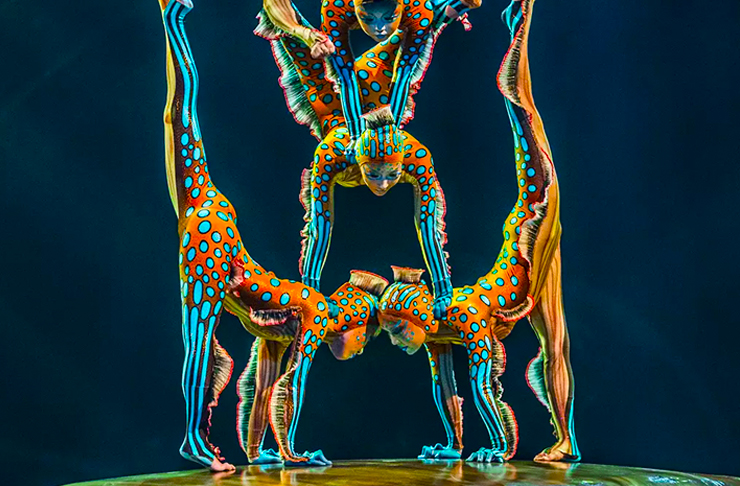 Sharpen up that swing of yours because the Brisbane International Tennis Open is hitting our city in early January with no shortage of electrifying games. Head into 2020 catching some of the greatest superstars of tennis in action and witness them playing for pride and glory. Stay tuned for plenty of tennis-loving events around town.

Kill two birds with one stone and gift someone tickets to Cirque du Soleil’s new show, KURIOS: Cabinet of Curiosities—then make them take you when it rolls around in January. The dazzling new out of this world production tells a story defying the laws of time, space and dimension. Witness world-class gymnasts, acrobats, contortionists and much more under the big top.

At this point, we’re well and truly in the thick of Australian summer heat, so what better way to cool off than going ice skating? While Brisbane may not be lucky enough to experience snowball fights and roasting s’mores by the fire, believe it or not but we do have an array of ice skating rinks. So, lace up those skates because we’ve got you covered with the best places to ice skate this summer.

Raise a glass (or plastic cup) to the ultimate summer because Laneway Festival have just dropped their blockbuster 2020 lineup. Flocking to our shores to put on some unforgettable performances are pop pioneer Charli XCX, beloved rapper Earl Sweatshirt and everyone’s fave British boy heartthrobs, the 1975. That’s not all—there’s a huge stack of homegrown legends too, including DMA’s, Ocean Alley, King Gizzard and the Lizard Wizard, Hockey Dad and much more.

Start practicing those dance moves, because New Zealand’s biggest, most iconic reggae music festival is coming to Australia for the first time. One Love will make its Australian debut on the sunny Gold Coast, featuring a killer lineup of international legends including Mr Bombastic himself, Shaggy, Jamacian dancehall legend Sean Paul, Toots and the Maytals plus a long list of reggae and blues and roots heavyweights to get you moving to the beat.

Want more summer itineraries? We've got one for the foodies, adventurists and wellness warriors.