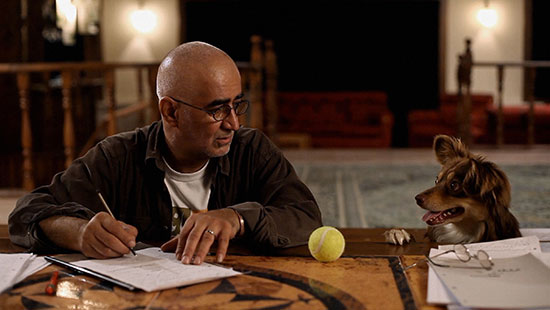 Jafar Panahi is one of Iran's most respected filmmakers. Sadly, he is also an artist who has been constrained severely by his own government, having been placed under house arrest and banned from making films for 20 years. Despite this, he co-directs, writes, produces and stars in this new film. Also known as Parde, Closed Curtin tells the tale of a group of people trapped in a house by a lake, a situation that has been read as a critique of the repression suffered in Iran by artists like Panahi. The film won the Silver Bear at the Berlin International Film Festival.

Two people meet in what seems like a twist of fate in this charming and humorous love story. But what appears to be love at first sight soon turns into a more complicated affair. Leila is a perfume tester and Nader is a chain smoker who works in advertising. Leila demands that he quit smoking, but Nader can't let it go…

Created by the same director, Loghman Khaledi, these two documentaries reveal the lives of two people who are outsiders, desiring a better and more creative existence. In Moving Up we meet Shahriyar, who aspires to be a great novelist. Nessa shares the story of a young woman who dreams of becoming an actress. Though short, these films are powerful and touching in their honesty.

This film is based on a true story and follows Sahel, a Kurdish-Iranian poet unjustly incarcerated during the Islamic Revolution. Once he is released, some three decades later, Sahel begins a search for his wife, despite their long separation. This is a poignant romance set in a political context, featuring a cast of celebrated actors.

The festival's opening film is also the directorial debut of Payman Maadi, who also wrote the acclaimed A Separation. Shot in black and white, this film follows piano teacher Roya, a married woman who discovers some dark secrets about her husband, and meets an enchanting younger man.