Join Us To Walk For Awareness 2015

Out of a tragic experience is sometimes born a glimmer of hope. Brisbane brothers Wesley and Tudor Vaile know this all too well. On New Year’s Day in 2011 Wesley was holidaying in Mexico when he received a piece of devastating and incomprehensible news: one of his closest friends, Christian, had tragically taken his own life.

Wesley flew home to Brisbane for the funeral, where he exchanged hugs, shed tears and swapped memories of Christian with family and friends, including another good mate, David. Only three months later, after struggling to deal with the loss of such a close friend, David also took his life.

Left heartbroken, Wesley was confused beyond belief, but knew one thing – he was passionate about confronting the unspoken issues surrounding mental health, and needed to ensure nobody he knew ever had to go through such heartache again. And so the Mental Awareness Foundation was born.

Together with his brother, Tudor, and a group of passionate, likeminded and determined friends, Wesley started the Mental Awareness Foundation to break down the barriers and overcome the stigma about discussing mental health, depression and suicide. The foundation’s initiatives include social fundraisers, community health and wellness boot camps, and support of frontline charities that actively implement highly necessary programs raising awareness of depression and mental illness.

If all this has got you wondering what you can do to help, then this part’s for you. To celebrate World Mental Health Day and as a grand finale to Queensland’s Mental Health Week, the Mental Awareness Foundation organises the annual Walk for Awareness, an 8km charity stroll to raise awareness of the mental health issues that plague so many Australians. This year’s Walk for Awareness takes place on Sunday 11th October. Kicking off at the Captain Burke Park in Kangaroo Point, the course follows the scenic Brisbane River and takes you over the Story Bridge towards the finish line.

The aim? To provide a friendly environment where friends, family and supportive strangers can discuss the issues of mental health freely and openly. The event also includes a heart-warming remembrance ceremony where 300 orange helium balloons will be released in to the sky in honour of those we’ve lost to depression and mental illness, as well as those currently fighting the battle. Throughout the day there will be live music, face painting and a jumping castle for the kids, appearances from sporting teams, presentations and awards, as well as the ultimate delicious BBQ lunch to ease your grumbling stomach after that Sunday morning stroll.

So far over $30,000 has been raised, but there is no reason it should stop there. The funds collected this year will go towards two charities: Mates in Construction, an initiative working to reduce suicide in the Australian construction industry, and GROW, a community-based organisation that helps mental illness sufferers recover through a unique program of mutual support and personal development.

The matters surrounding depression and suicide should be discussed, not hidden. The Urban List is very proud to support Walk For Awareness and we would love it if you got involved too. Click below to sign up! 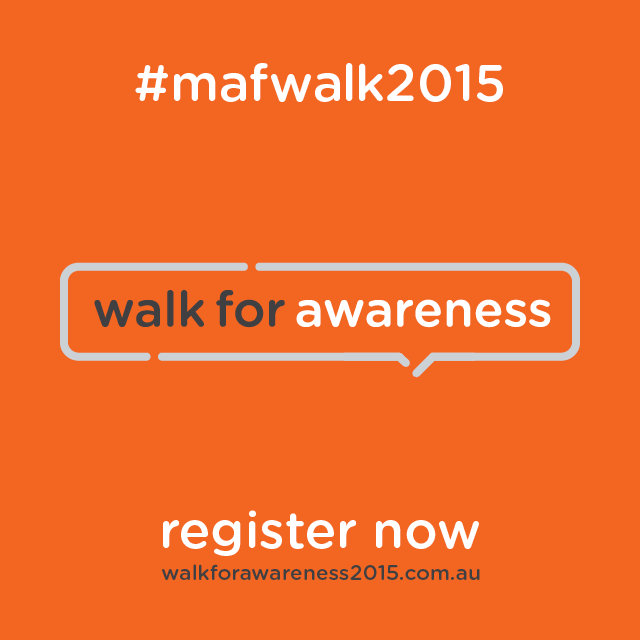