Regular At Dovetail On Overend in Norman Park? Well you might be happy to hear that the duo behind the east side staple has opened a second cafe in Highgate Hill, and they haven’t strayed too far from the formula that made their OG spot so damn popular. And yes, the menu is just as gluten-free friendly as the original.

Taking over an old Queenslander in the south Brisbane ‘burb, Dovetail Social was supposed to open back in March, but things took a different turn. However, the cosy cafe is finally here, and ready for you to stop by for brunch—and one of the purple ube and pavlova doughnuts that Dovetail On Overend is so famous for.

Behind a sky blue front facade you’ll find a warren of rooms typical of old Queensland houses, with tables indoors by the big front windows and outside on the undercover patio, and a mural adorning one wall. Tucked away inside is also a small dining room where the crew plan to host gluten-free high teas, complete with fine china, an antique table and a chandelier overhead. 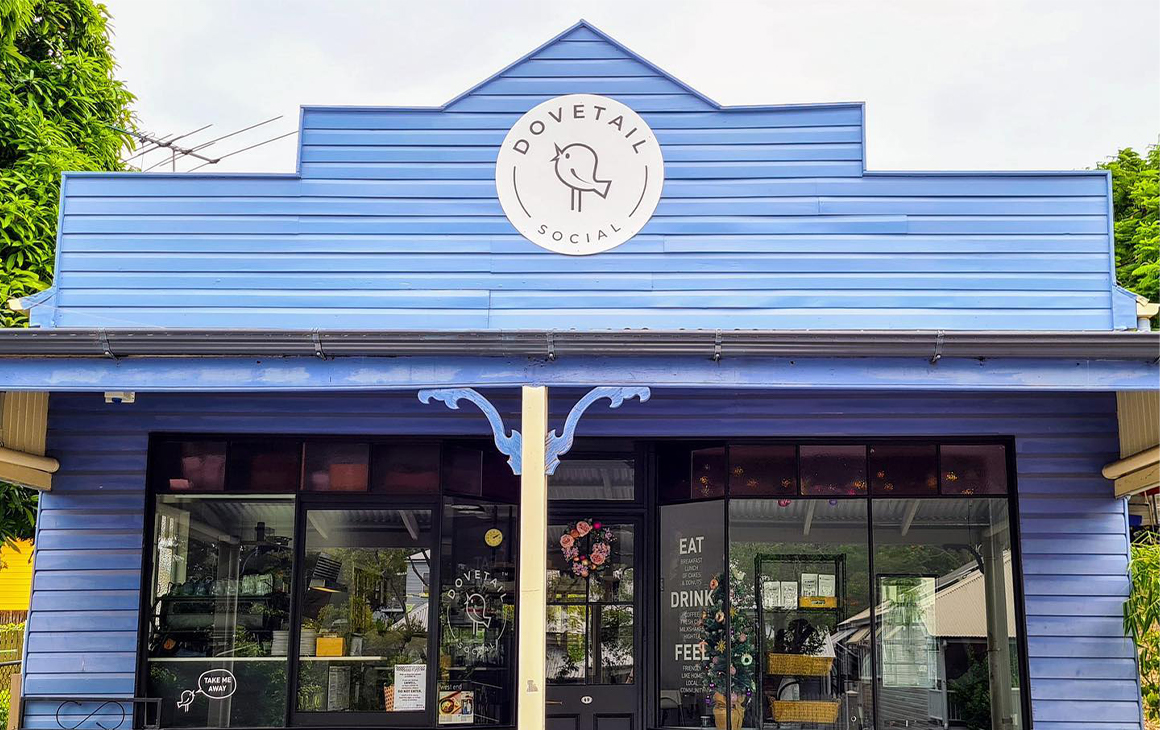 Fans of Dovetail numero uno might recognize a few of the dishes on the menu—the gang’s all here. Chef and co-owner Rejoice Thomson, one half of the husband and wife team, has a Fillipino background, which is the inspiration behind those ube doughnuts as well as eats like the chicken and pork adobo bowl, with chicken and pork braised in soy and vinegar, served with coconut curry, oyster mushrooms, devilled eggs and garlic fried rice.

More familiar brunch dishes include the bacon and egg loaded brekkie sandwich, the baked eggs with chilli con carne and Persian fetta or the avo on sourdough, but you can also branch out with a korean pancake, or bibimbap style breakfast bowl.

Drinks get a creative twist too, with the house iced coffee given a dash of honey, and freshly brewed chai available on the daily. And of course, you can’t leave without one of the gluten-free doughnuts, stacked up in the cabinet by the counter to catch your eyes as you head out the door.

Find everything you need to know about Dovetail Social here.

Have you heard all of Brisbane’s other food news? Read all about it here.