Here’s Where To Find This Secret Freestyle Art Party

Dubbed the ‘Fight Club’ of the urban art scene, Secret Walls is the underground, live creative battle that you absolutely need to get around.

This bad-ass shindig became an overnight smash (and procured an insane following) after popping up in an East London bar over 12 years ago and has since toured in Berlin, New York and Tokyo, just to name a few, in the years since. And now, as part of Secret Walls #PaintWillSpill world tour, this wild display of talent and debauchery is coming to Brisbane.

So, what's the go? Basically, two artists or teams have 90 minutes execute a freestyle artwork on mammoth white walls with black markers and/or acrylic paint. You, the audience, get to watch the magic unfold, while knocking back a few bevvies—always the best way to spend an evening—and jamming out to some tunes. And that's about it. There's a whole bunch of rules and some sort of points system the artists must adhere to to be declared the winner on the night, but you'll figure it out as the whole thing unfolds, and really you're there to watch some talented bastards do what they do best—paint. 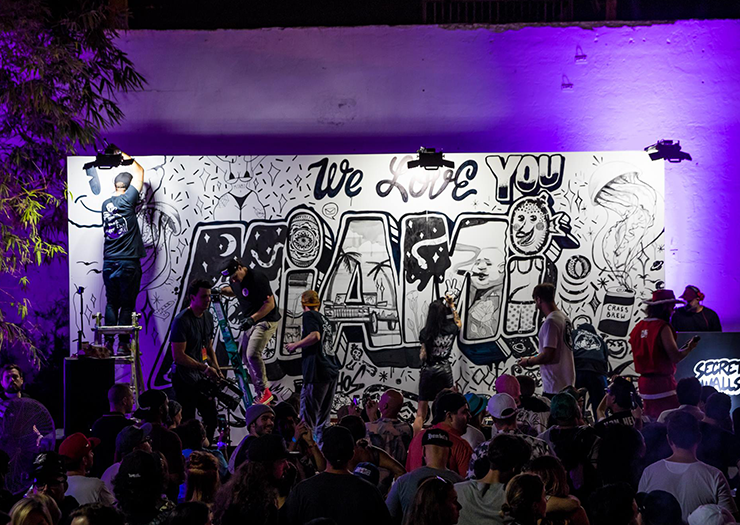 Notorious illustrators and artists Gus, Meksy and Allfrey will take to the challenge while the boozy stuff will be powered Kraken Black Spiced Rum so expect concoctions like the ‘Kraken Storm’ and the Black Mojito’. If ever there was a way to break up the monotiny of a work week, this is surely it.

What: Secret Walls
When: Wednesday 7 November, 7pm
Where: The Foundry