Since flinging open its doors just last year, Redfern Surf Club has made one hell of a name for itself.

Alongside being an epic waterhole decked out like your dream garage set up (it plays cult surf flicks non-stop and has a taxidermied ibis strung up on the bar), this haunt also has a secret carpark. And it’s here that Redfern Surf Club will be hosting a free all-day party.

You’re basically in for a mini-festival with live DJs, pop-up bars and a tonne of great food to fuel your weekend. Think a Raspberry Sour Pop-Up by Wayward Brewing Co., where you can grab a $5 tinnie of their Raspberry Berliner Weisse. There'll also be the Surf Club’s new summer wine list at a pop-up nattie wine bar. Expect smashable rosés and textural Pet Nats, all for $10 a glass. 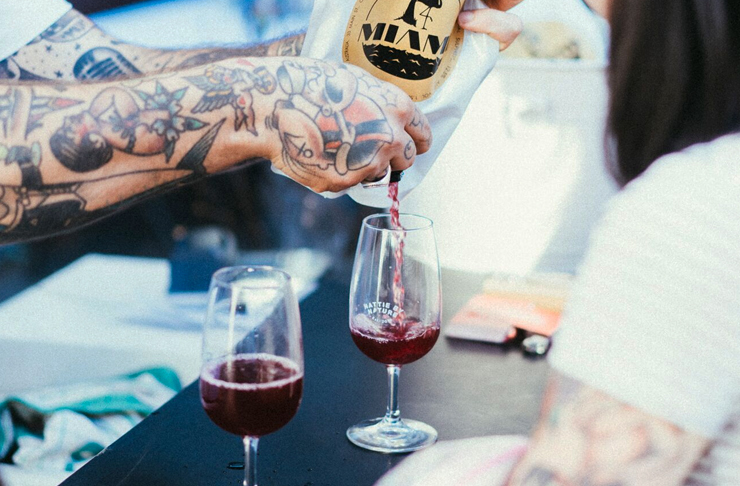 Plus, if the kidult inside you lives on (and it does), there’s also a boozy slushie set up to get into churning out the likes of a “Sour Dog” packed with gin, Campari and a sour beer float and a “Passion of the Ice”—a frozen take on the margarita.

On the food side of things, you’ll want to make sure you head straight to the PigOut food truck that will be dishing out Tex-Mex Asian fusion snacks like mac ‘n’ cheese spring rolls, taco dumplings with guac and sour cream and a Mex-inspired burger stack loaded with crushed corn chips, avocado and lime aioli sauce.

Punching tropical vibes on the tunes will be Jack Shit, Le Fruit x Mr Friendly and Bea Goode. They’ll be followed up by Purple Sneakers DJs and Shantan Wantan Ichiban, who’ve been charged with turning the sunny afternoon car park vibes into a raging house party after dark.

The block party is locked to kick off at noon and you’ll also be able to try your skill at a few rounds of handball too. Head here for more details.