No one has to tell us that Sydney is pretty spoilt when it comes to the plethora of restaurants we seem to have and get on the reg (not that we let it get to our heads or anything). However, we’d be totally lying if we didn’t say we absolutely revel in delight every time there’s a new dish to try or drink to, well, drink.

This year’s been massive on the food-front for Sydney and even though we can barely fit into those iconic stretchy pants anymore, we’re kind of really bloody proud of ourselves. Because what’s life without a dirty Italian disco, black pudding sausage, tequila slushies, lamb ragu, beef-katsu burgers, lavender creme brulee and unlimited pizza by the slice? Nothing. Absolutely nothing.

Here are a few of Sydney’s best restaurants that opened in 2017!

First Melbourne was blessed and now Sydney is taking the cake (more like chilli salt chicken wings amirite?). The south-eastern Asian eats at Chin Chin are everything you foodies have dreamt of and just so you know, the menu feels like an endless list of happiness. Think spiced black pudding sausage, oodles of noodles, stir fries, curries and its very own cocktail bar, GoGo onsite.

So he’s only with us for six months but Mr. Liquor is no doubt one of the biggest and baddest hospitality drops known to Sydneysiders. With American-style Italian nosh and disco vibes being the greatest combination in Sydney RN, you can thank the team at Merivale for giving us this driveway eatery at the Tennyson Hotel. Yep, that means picking up your bevvy from the walk-in fridge, setting up at a table literally on the driveway and soaking up all the pasta and cocktails to your heart’s content.

The hospitality juggernauts behind Riley St Garage, Surly’s and The Village Inn have taken over The Cannery giving us Sydney-siders what will now be known as Stanton & Co. And just so you know, it’s boasting a mega dining room, expansive bar and open kitchen we know you’re going to absolutely love. You’ll find two menus here with a super combo of Aussie and Japanese fare (you’re going to love these too).

God damn if you haven’t already made a trip to Fonda, do yourself a massive favour and go. First, it was a hit in Melbourne and now the folk of Bondi are lucky enough to call this gem a local eatery (bastards). Fonda is all about sharing the love (and food!) so the best way to go about the nosh here is to order up a glorious taco sharing board that you’re probably going to keep all to yourself. And as you’d expect, the drinks selection is off the charts. 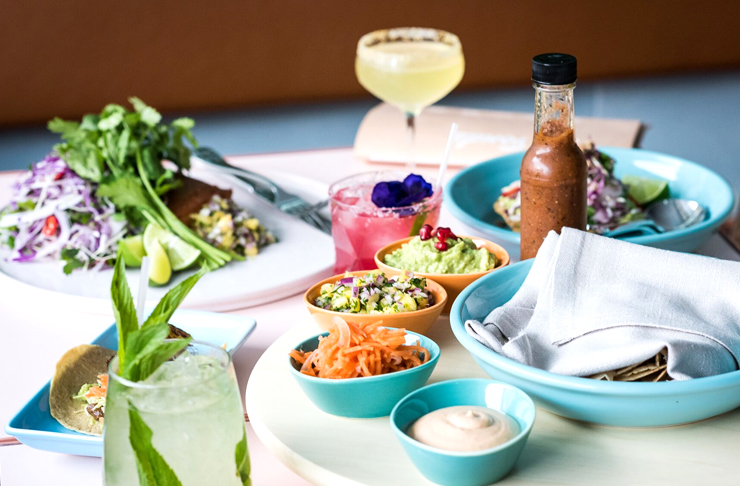 Remember when you thought Restaurant Hubert couldn’t get any better? You were wrong. Because this year, it most certainly did. This space overlooks the main dining room which boasts the perfect set-up for vino and snacks. We know, Bridge Bon Appetit sounds like pure heaven and did we mention there’s a revolving cocktail list? You’re welcome.

Bea is the 180-seat feature level located on level two of Barangaroo House (that’s the major foodie drop by Matt Moran in Barangaroo FYI). Heading up this kitchen is chef Cory Campbell who’ll be at the helm of the kitchen that’s pumping out international takes on Aussie flavours. Here, you’ll find an overload of hand-picked produce from seafood to meat to veggies. It’s all about sharing the likes of reinvented steak tartare or decadent signature chocolate-caramel dessert here which means bringing your crew is totally essential.

Isaac is bringing all the cosy date vibes and mouth-watering Mediterranean eats in the glorious form of pasta shells stuffed with lamb ragu and roast sweet potato slices paired with hummus and chilli labne. Thank us later when you have the best date night everrrr.

Guys, we just scored a 90s rock n’ roll-inspired Japanese restaurant and we are 100% certain it’s about to become your new local. Kid Kyoto is brought to us Sydney siders from the same dudes who gave us Indu and Mejico. Basically, Kid is bound to be a 90s grunge hit. 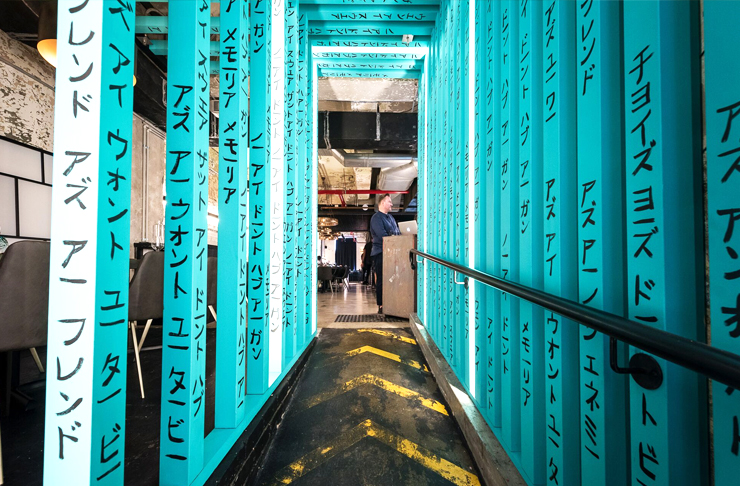 There’s no messing around at Rocker. It’s good food; good vibes and we guarantee this joint will be nothing less than a damn good time. You’ll find house-made pasta, oysters, clams, cured meats, wine and one helluva Negroni featuring rosemary infused rose vermouth, Tanqueray Gin and a splash of herbaceous Campari. We’re done.

The Lotus Dining team has given us many food comas at their extensive list of eateries and Madame Shanghai isn’t any different. Menu items are served Chinese barbeque style, honouring the traditional street-food of Shanghai but with a modern emphasis. Lamb cutlets with cumin, crispy salt bush and miso butter, and tempura jasmine smoked fish are just some of the oriental flavours that have us wanting a wholeeeee lot more.

They say less is more, and with Sasaki’s minimalist interiors and delicate food portions, it is certainly fulfilling the brief. Japanese restaurants are constantly popping up all over Sydney, but Sasaki’s is like no other. Owner Yu Sasaki pays homage to his Japanese heritage and pairs it with fresh Australian produce to create a fusion menu that changes daily. Be surprised and transported in this small 25-seat restaurant. It’s a matcha made in heaven (not sorry)! 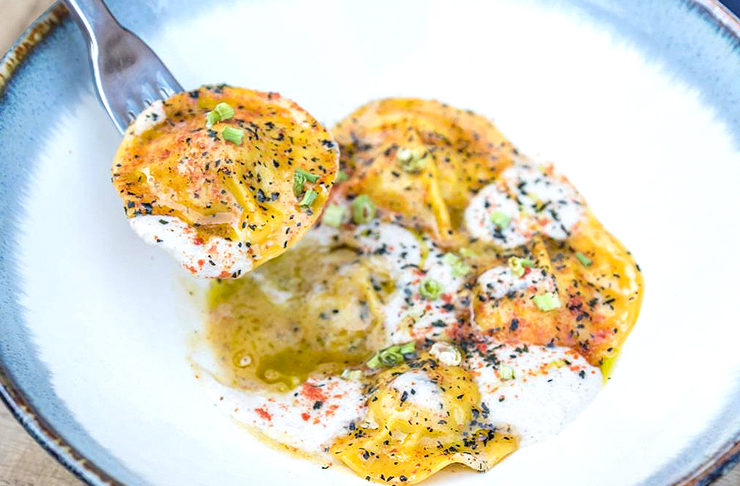 This gem of a place has already been a major hit in Japan and Hong Kong and we guarantee you’ll be all over the delicious goods on offer here. Mainly because smoky miso ramen is well on the cards.  Yep, the menu is one helluva hot time which means buttery broths and beverages all get the flaming treatment. Brace your bellies, you’ll no doubt overdose on the good stuff!

It’s Spanish meets Japanese deliciousness at this joint and you’ll want to get on it as soon as you can (if you haven’t already). Because it’d be a total shame to miss out on the epic sushi-rice paella. Or the beef-katsu burger. Or the oxtail broth ramen. And FYI, there’s a solid bevvy menu including gin-based slushy cocktails.

Comida is the Mediterranean restaurant that boasts clean and simple eating. The whole baby red snapper served with squash salad is just one of our favourites. The wine menu is short but prides itself on a mix of Australian, Italian and Spanish wine selections—cheers to that!