Traditionally notorious for panicked last-minute attempts to kick our cronut habit before summer officially starts, this time November has a few fresh claims to fame of its own. From new Sydney restaurants to exciting pop-ups, there are plenty of things to do in Sydney to keep you occupied.

Excuses for avoiding exercise are abundant… It's too hot. It's too cold. But [INSERT TV SHOW] is on. However, thanks to Fitness Calendar, finding the right class no longer need be one of them. The newly launched online site provides a one-stop listing of a range of classes (over 6,000 if you're counting), reviews and discounts, as well as the ability to book immediately. So whether you're hooked on hula hooping or want to try trampolining, all you need to do is enter your specifications into the search engine, narrow it down to location and time frame, and Fitness Calendar will find the perfect fit. Editor's note: Scrolling through the selection does not count as a workout. You still actually need to attend a session to burn off that that slice of peanut brittle.

According to stereotypes, Italians make the best lovers and liqueurs. Although our research did not extend to finding a soul mate, we can report that the country's Disaronno (a drink flavoured with herbs and fruits soaked in apricot kernel oil) is absolutely amazing. The good people at the Watsons Bay Boutique Hotel agree; and between 2-6pm every Sunday this month are offering a complimentary sour made with Disaronno at their free pop up. Enjoy your Sunday session with a spread of bar snacks and local DJs spinning their sounds. Italian stallion not included.

While T-Pain may have rapped about his desire to "Turn all the lights on", sadly, that's not always a feasible option for cyclists and sprinters who like get sweaty after sunset. Fortunately however, friends and founders of Bondi-based activewear Nightro Athletic, Ari Segal and Ryan Savitz, have launched the next best thing - a sleek collection of activewear using conductive fabric to power lightweight, wearable LED lights attached to a stand-out reflective T-shirt. Although Ari and Ryan aren't claiming to be able to solve all your first world problems, (case in point: pizza boxes which don't fit into the fridge) they are aiming to reduce the number of pedestrian fatalities which occur as result of road crashes after 6pm. Head to Nightro Athletic and support the boys' kickstarter campaign.

Just in case our balmy beaches and stunning skyline were not enough to convince you that Sydney is indeed the superior city, we can now claim our own version of Melbourne's Pei Modern, with the eatery heading to The Four Seasons hotel in the harbour city. Mark Best, the chef behind acclaimed Marque in Surry Hills, is coming home and giving the restaurant a decidedly Sydney spin. The bistro, with a focus on paddock to plate and local produce cooked over wood-fired flames, features a lip-smacking selection of dishes including sauternes custard and Jerusalem artichoke with duck egg and truffle. Go on, make a booking, take a friend and Pei it forward. Read our review here.

Our fluency in Vietnamese doesn't really extend beyond xin chao (hello), so perhaps it's convenient that our mouths were full while welcoming the newest resident to the Royal Randwick Shopping Centre – Roll'd. With Vietnamese street food continuing to make inroads among our lunch time choices, we love this latest food court venture – a partnership between three friends jostling to prove their mothers' traditional recipes were the best. We recommend the freshly rolled rice paper rolls and the banh mis (traditional Vietnamese-French baguette with pate). You can cam on (thank) us later. 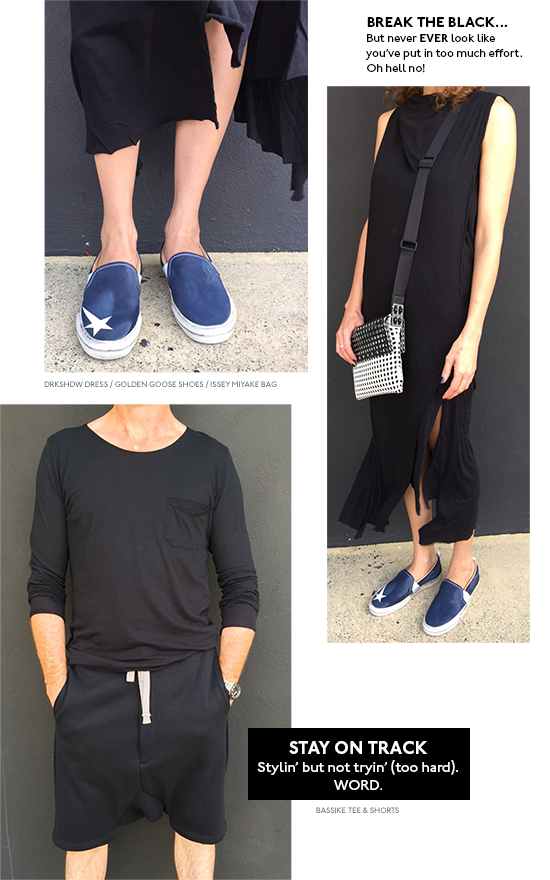 "Sculptural shapes; attention to detail; modern classics …" In a convenient twist of fate that ensures we avoid the need to write up two descriptions, that opening sentence applies to both the aesthetic of cult Aussie fashion label LIFEwithBIRD and the architecture of the Strand Arcade which officially welcomed the boutique brand to its iconic shopping walls. Check out the latest collection by Melbourne's Bridget McCall and Nicholas Van Messner whose the abstract prints and contemporary cuts have us lusting over the entire collection.

Until it receives similar accolades, we advise upgrading your weekend Weetbix with a visit to Popolo in Rushcutters Bay. For those who can't quite stomach lasagne with their lattes, we suggest you try an assortment of more appropriate AM offerings, including: spinaci (sauteed spinach, pine nuts, Extra virgin olive oil), uova in camicia (poached eggs, brioche, house cured salmon, grilled zucchini and pistachio) and sfogliatelle ricce (traditional Napoli style ricotta filled pastry).

With flashy East Sydney neighbours to impress (the eatery is located behind the Audi dealership on South Dowling Street), the latest instalment of one of Sydney's signature Chinese restaurants has a big reputation to uphold. And it doesn't disappoint. Although designed to seat up to 500 people, we have been assured that the Peking duck pancakes are still perfect and mango pancakes would be plentiful.

Going all Beyoncé on us, the restaurant formerly known as the Collaroy Hotel has just advised that from here on in, it will only answer to its one-name title the "Collaroy." And not unlike a certain superstar who quietly schemed before dropping a surprise recording on her unsuspecting fans with no advance whatsoever, this Northern Beaches pub is determined to become a number # 1 hit. From nippers to nannas, the Collaroy is rebranding itself – with new management, new staff, and a new look and feel. The street level bar is a stylishly relaxed coastal themed space, with rotating plantation fans and lush tropical greenery, while upstairs offers a more sophisticated (sans showy) setting with some of Sydney's best views. According to GM and local lad Alistair Flower, "from the street we've been careful to maintain the iconic heritage features, while our new logo and name give a nod to the Collaroy steamship that ran aground on the reef right out the front of the hotel back in 1881."

Pop-ups are not always welcome. Take for example the annoying ad windows that open up randomly while trying to discreetly complete an online transaction during work hours. Others however, (namely the type who serve ridiculously good burgers) are. Pub Life Kitchen, who has recently taken up residence in Ultimo's Lord Wolseley Hotel, falls into this category. As well as those afore mentioned burgers, the other offerings at this space are an ode to all that is right with Australian pub grub – think crispy chips, succulent steaks and the kind of schnittys that would convince any chicken to cross the road. Whether you pop in, pop down, or pop around, we highly recommend you check out this pop up. 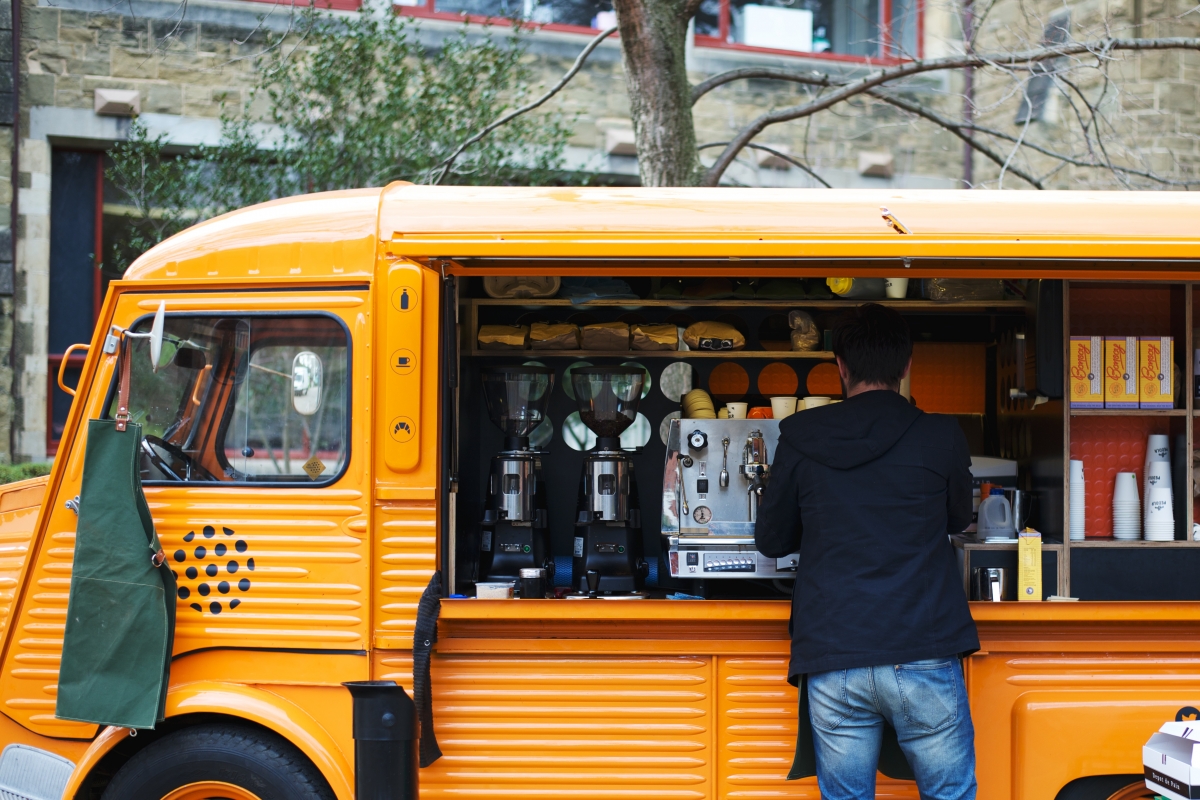 If online shopping isn't quite your cup of tea, be sure to check out e-boutique Mycuppatea when they make an IRL appearance at Yoshi Jones Newtown. The brand achieves the almost impossible; fusing trendy, earth friendly, tech savvy and excellent craftsmanship to equal a partnership that's as natural as peanut butter and chocolate. With much of the collection from the virtual store handmade and sourced from Japan, you can be close to certain you will find a unique gift, toy or wearable art piece that would be perfect for Aunt Henrietta's 83rd birthday/the CEO you will inevitably draw from the office Kris Kringle/or *cough* yourself.

Is there anything better than burgers, brews and the beach? If you answered no to this question, then you should check out the pop up that's taken over the former PaperPlanes site on Campbell parade. If anyone is able to walk away from the collaboration between Young Henrys craft beers and the sizzling burgers saturating the salty air above Bondi Beach, we would guess that the sun has gone to their head.

Some of the old school yard rules might not apply (the no hat, no play rule, for example) but almost everything else about this old-school style gym will take you back to your primary school playground. With a mission to encourage enjoyment while exercising, the gym has a specialised training zone area designed to resemble a playground – with battle ropes, climbing ropes, kettlebells, monkey bars, sledge hammers and an indoor sled + sprint track. Commit to regular visits and you'll be well on your way to losing those sneaky lunchtime fairy bread calories.