What’s Trending In Sydney This December

Keeping up with the best events, new openings, pop ups, and good things to eat in Sydney is no mean feat (and we would know!). To make your life that little bit easier, and because we love a good list, we’ve teamed up with Peroni to bring you What’s Trending: A one-stop guide to everything worth checking out in your city this month, so you won’t miss a thing.

Summer in Sydney. You just can’t beat it. Every day becomes beach day, it's totally acceptable to wear thongs in the city (not really, but wouldn't it be nice!?) and there's all of the happenings. To help you find everything worth eating, seeing and doing in Sydney, we’ve put together your ultimate December hit-list. You can thank us later. 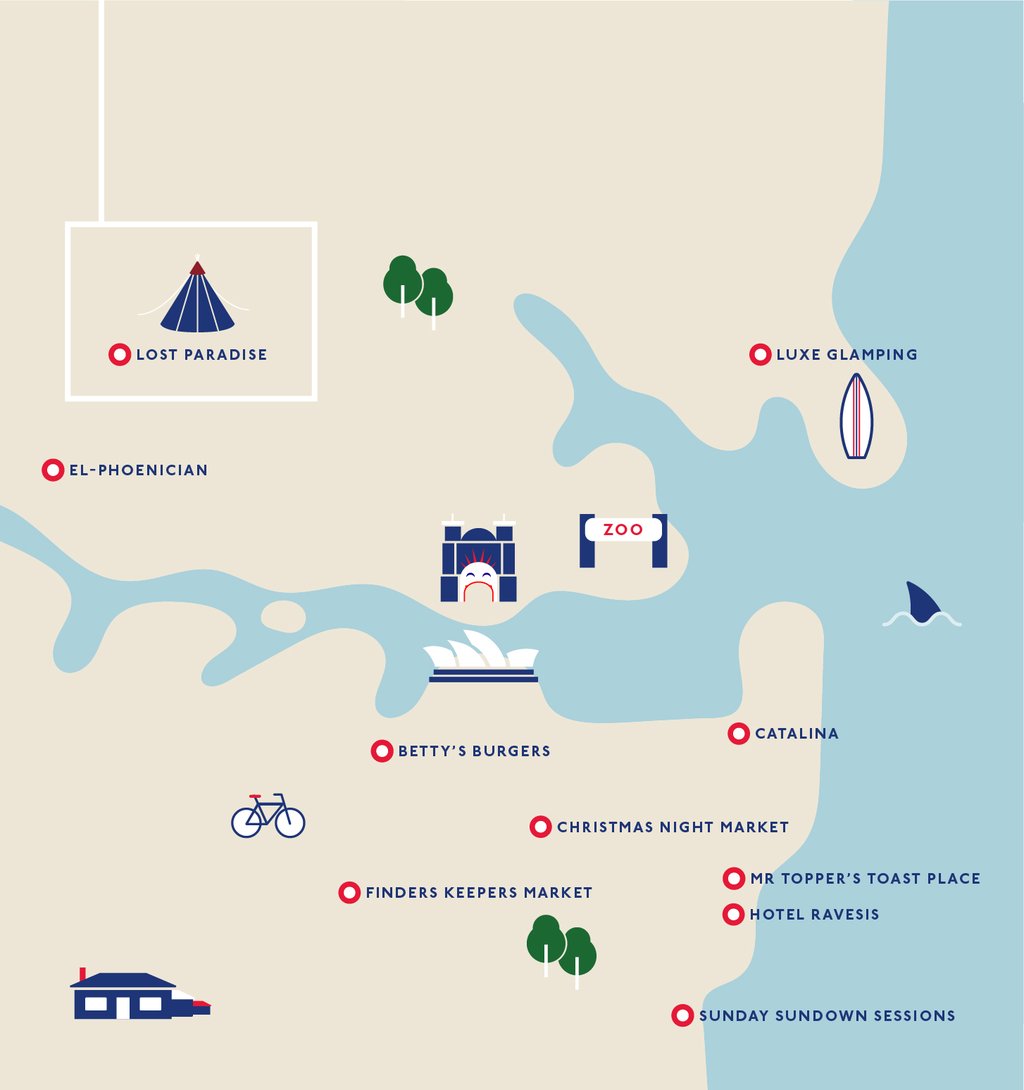 Share plates are to Summer what pub grub is to Winter. This December swap your schnitzel, chips and gravy for some of the best mezze in Sydney at Parramatta’s El Phoenician. From baba ganouje, haloumi and lamb shamwara, to shish kebabs and tabouli, settle in for a night of feasting (wear your stretchy pants) and get amongst the live belly dancing.

This is the month to say goodbye to that diet Sydneysiders. Betty’s Burgers AKA the best burgers in Queensland have finally made their debut in our sunny city. The Shake Shack-like creations (think mouth-watering burgers and decadent thick shakes) are well worth the wait, so get there before the lines do.

#3. The Central Night Markets Kick Off

Just In Time For Christmas In true European style, the Central Night Markets are another excuse for eating in excess (rumballs count as food right?). Every Thursday night in the lead up to Christmas, the smell of French crepes, German sausages and Dutch pancakes will take over Belmore Park and we can guarantee there won’t be a Grinch in sight.

Summer is officially here and there’s no better way to celebrate Sydney’s favourite season than at the oh-so iconic Catalina. They’ve just added Sundays to their mixed (but exxy) bag of tricks and they’re 100% delicious. Oysters and caviar will be on the exclusive menu, so dress in your best and pretend it’s still Saturday.

We’ve never met a Sydneysider who doesn’t like smashed avocado on toast, so it’s no wonder Bondi’s new toast bar, Mr Topper’s, has completely taken off. With every possible topping under the sun (for only $11), there’s something for the vegans, vegos, lactose intolerant, gluten-free and every other fussy eater out!

It’s officially Sunday session season and if your summer to-do list isn’t already bursting, it is now. Sydney’s Sunday Sundown is back, returning to Coogee Rooftop and The Newport every weekend. The best part? It’s completely free! The line-up also boasts Aussie acts like Client Liasion, Yolanda Be Cool and Jarryd James. So head down early to nab yourself a prime viewing spot, then settle in for an arvo of sun, schooners and sultry sounds.

#7. Hotel Ravesis Gets A Revamp

Bondi’s iconic Hotel Ravesis has had a complete make over, transforming into a flamingo pink paradise. Get stuck into the new Mediterranean inspired menu, bursting with seafood and more seafood, then stay all night.

Lovers of all things art unite! The Finders Keepers Markets are transforming Eveleigh into an independent design, music and food bonanza this December (9 -11). Sydney’s most talented creatives will put their most coveted items on show for the entire weekend, so don’t miss your chance to shop up a storm and discover the next big thing.

#9. A Totally Luxe Glamping Pop Up At Manly’s North Head

Simple Pleasures Camping Co. is taking over Sydney Harbour, setting up glamp on Manly’s North Head from mid December. Ten super luxe tepee tents will pop up at the secret lookout, complete with IN BED linen, goose feather pillows and exotic rugs from all around the world. All you have to do is show up (but book first, obvs!).

#10. Farewell The Year That Was At Lost Paradise

Say sayonara to 2016 at Lost Paradise, Australia’s infamous technicolour forest party. Located on the sacred grounds of Glenworth Valley (just a 1 hour drive from the CBD), this hidden wonderland has everything. That’s right. Everything. Think huge feasts, yoga, carnivals, lost games, massages, and interactive art. Dance the year away to live music, as well as electronic and indie performances spread across the three days and nights.

Also... You Could Win Tickets To The Polo

You could WIN a luxury weekend for two at the Portsea Polo, Victoria, with Peroni this January!

We're beyond thrilled to partner with Peroni to bring you the What’s Trending series—our monthly guide to the hottest new openings, events, and Instagrammable happenings in Sydney. Each edition of What’s Trending is researched and recommended by The Urban List, and served to you by Peroni—our go-to beer when we’re after something deliciously crisp to sip. Look out for our monthly Peroni What’s Trending hit-list for everything hot in your city right now, and while you’re working your way through the list, relax with a long cold Peroni at the hotspots marked with a ribbon. Buon Appetitio!