The Greatest Meat Pies In Sydney

You'd be hard-pressed to call yourself a true blue Aussie, or fully absorb the Australiana experience without enjoying a meat pie or two on the odd occasion. They're an Aussie institution, heck, even former NSW premiere Bob Carr declared the meat pie to be Australia's "national dish"!

So here, dear friends, is a taste of the best meat pies in Sydney – just in time for next week's State of Origin game one, and for, y'know, tomorrow's lunch...

This artisanal bakery has become one of Sydney's most highly regarded baked goods outlets since its Surry Hills doors flung open 10 years ago. The Bourke Street Bakery crew use only the best ingredients in their handmade delights, among them a selection of pies that deserve a place in the running for Sydney's best meat pies. Check out the chicken pie with sweet potato, pea and lime pickle, or beef brisket with red wine and mushroom. Delicious.

This Sydney icon has been peddling its comfort-food wares for over 70 years and it's still going strong. With a mission to preserve the traditions of pie-making and serving as they were in 1938, when Harry Edwards' pie cart first appeared upon the naval docks at Woolloomooloo, Harry's Cafe de Wheels has become the go-to for generations of pie-lovers all over Sydney – the house special 'Harry's Tiger' is a must: a chunky lean beef pie served with mushy peas, mash and gravy. Old-school just can't be beat.

Nestled on the corner of Palings Lane within the Ivy complex in the CBD, Lorraine Godsmark and her team of chefs create a range of baked goods that are hard to beat and even harder to walk past without closer inspection. Invariably you'll walk out with something delicious, so why not make it the Bert's Beef Pie, a melt-in-the mouth festival of deliciously light pastry and hearty beef. Lorraine's Patisserie is arguably in the top three of Sydney's best meat pies.

This little gem of a bakery has been pumping out handmade baked goods to delight Sydneysiders since 2008. Free from preservatives and anything artificial, there's no excuse not to get carbo-loaded at Black Star Pastry, your tastebuds will thank you—guaranteed. When it comes to pies, check out the lamb shank and red wine pie. It has to be Sydney's best meat pie: buttery flaky pastry filled with melty, slow-cooked, big-flavoured meat. The stuff meat-pie dreams are made of.

Newtown's The Pie Tin is quite literally pie heaven. You'll find nothing but pies here and the choice is so vast it's even a little overwhelming. Oh well, just an excuse for return visits. The good folk at The Pie Tin are nothing if not inventive too. Not ones to sit back on their laurels of the traditional, tried and tested, it's almost as if their mantra is: "if it tastes good, it'll taste better in a pie". And they're not far wrong. Take for example the spicy Cajun-style pork with corn and black beans, it's Tex-Mex with an Aussie twist. Bring it on.

Could these be the best meat pies in Sydney? Head to the North Shore to visit this French-style bakery that consistently keeps tongues wagging and watering in equal measure. The Sydney Morning Herald even declared in 2011 the Best Pie in Sydney was from St Honoré Bakery. Now that's a big call and not wholly unwarranted. With the likes of beef Burgundy, lamb Provencale and chicken frostier, you'll be hard-pressed not to agree.

If you find yourself on the Northern Beaches on a sunny weekend at around lunchtime and happen to be driving northbound on Pittwater Road past Long Reef, then look out for a little yellow shopfront with a queue stretching down the road. That's the Upper Crust, a long-held local institution that regularly sells out of pies of a weekend. Trust me, I've been disappointed many a time. The pies are arguably the best in Sydney, just ask any local. Lamb and rosemary or chicken, avocado and Brie, anyone?

This one's a special mention. It's not going to feature in the forerunners for the title of Sydney's best meat pies and neither is it trying to—every pie in this alternative pie heaven is vegetarian. You'll find "meat" pies using vege mince and vege sausage, one with onion and freshly picked rosemary—cutely name the Rockin Roll—among a highly decent selection of other creatively named and made pies that could easily give the traditional meat pie a run for it's money, if Funky Pies were that way inclined. Step outside the box. 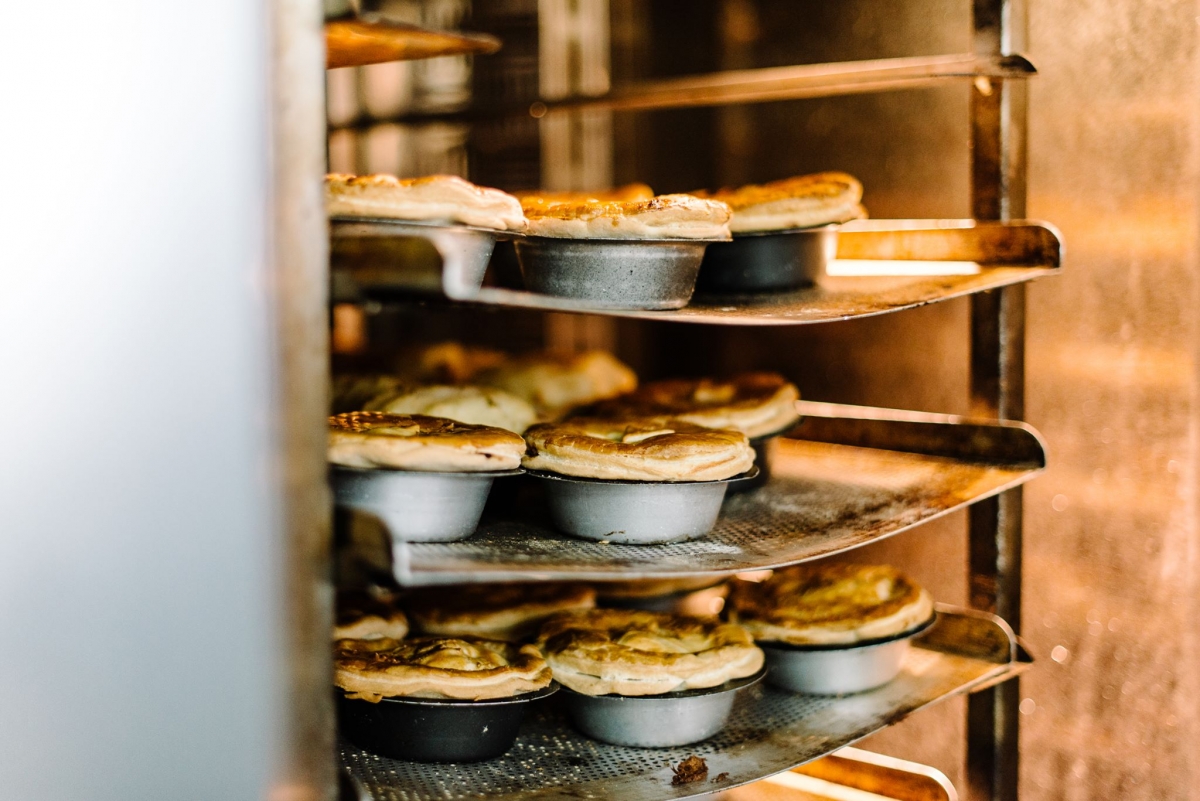