Would you pay $400 for a piping hot bowl of noodle broth? No? What if that ramen was made with 15kg of lobster and pork and topped with a whole tempura lobster wearing a golden dragon headpiece? Intrigued? Of course you are.

To celebrate the launch of Yakuza: Like A Dragon in Australia next month—a kind of absurd role-playing game that features everything from karaoke to RPG combat—Five Star Games has buddied up with one of Sydney’s best ramen joints, Gumshara, to create a broth that’s as outrageous as the video game. 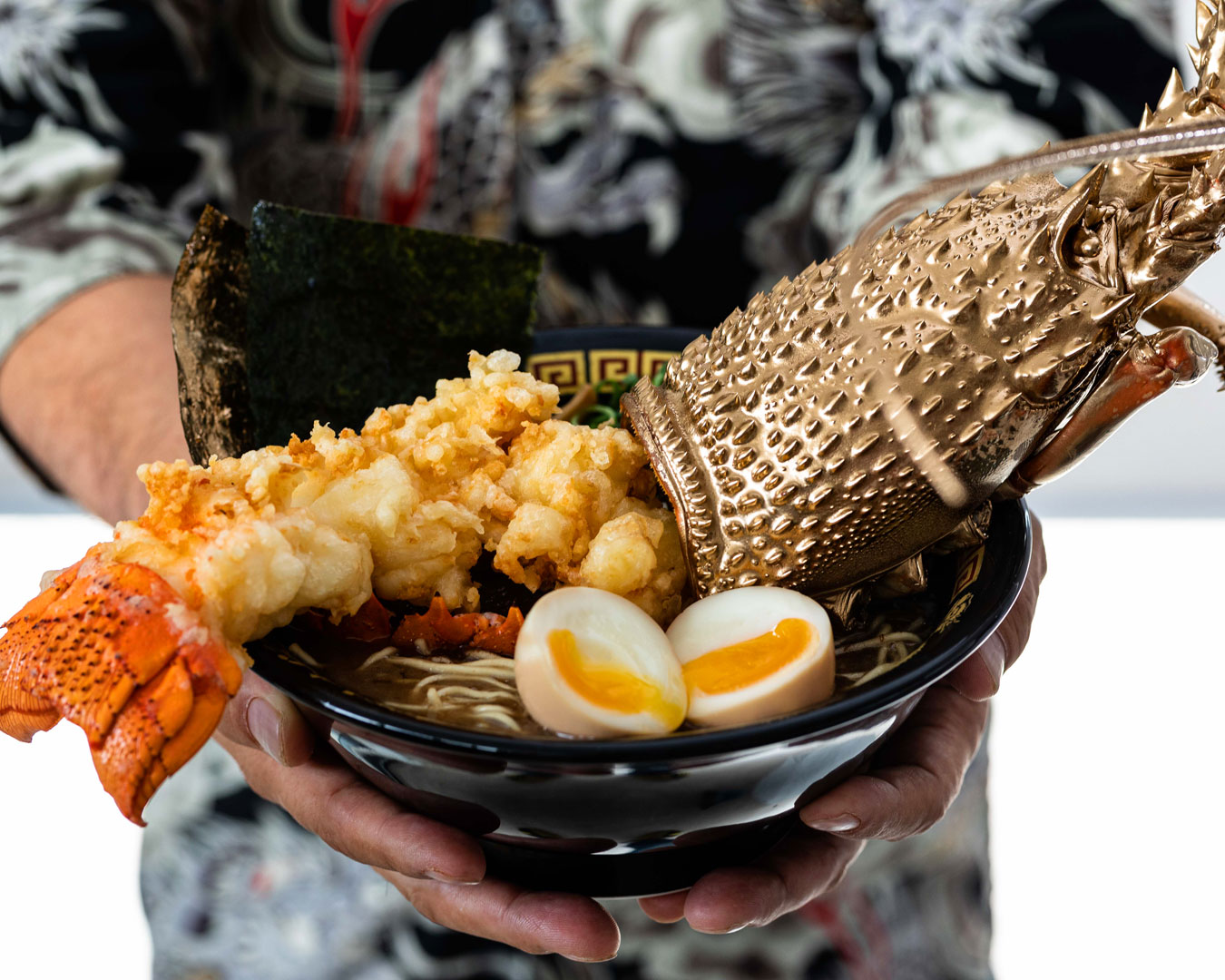 “Being given a chance to imagine such an over-the-top ramen dish has been fantastic, and I’m proud of what we’ve created,” Gumshara head chef Mori Higashida said in a statement. “My wife is actually a fan of the Yakuza series of videogames, so I’m familiar with the craziness of the game and hope to have captured its essence in our own way!”

Luckily though, no one will actually have to fork out that hefty $400 price tag. The Rags To Riches ramen is only available to win as part of a special competition with Xbox. One lucky ramen-loving human from NSW will score the ramen, a custom made Yakuza: Like A Dragon banner, and a copy of the game on Xbox. Head over to the Xbox ANZ Twitter account for more info.

For now, here are some of our favourite ramen joints in Sydney.