Inside Look: This Brewery Wants To Spark Up Surry Hills’ Nightlife

The brewery known for its Sydney-centric suburb puns and otherwise beautiful beer alliteration has opened a new spot in Surry Hills. You know the labels—there's the Glamarama Summer Ale, named for the glitzy fresh folk of Tamarama Beach. Then there's the OG Surry Hills Pils, the Pittwater Bitter for the freaky people of the north (The Teacher's Pet, anyone?), and the Darlo Dark for the once dark and debaucherous Kings Cross and Darlinghurst (RIP).

Yes, Sydney Brewery is finally returning to its heartland in Australia’s biggest (read: best) city. The craft brewery, which once upon a time resided in the Macquarie Hotel (now Harpoon Harry’s), relocated to the Hunter Valley in 2014 in order to brew their 10 craft beers and ciders—but have this month opened a second, smaller venue in its so-called ‘spiritual home’: Surry Hills.

“It was always on our agenda to get ourselves back to where it all began,” says Sydney Brewery’s Marketing Manager, Richard Feyn. While the Hunter Valley site is where a lot of the production is done, “Sydney Brewery Surry Hills is going to do more specialty beers which will be brewed and consumed on the premises.”

The team at Sydney Brewery also have some pretty ambitious goals for the new Surry Hills spot—like reinvigorating the precinct’s live music scene.

“[Due to] where Sydney went with lockout laws, nightlife suffered a big blow,” Richard lamented. “So, I guess we’re bringing nightlife back to an area that’s been a bit starved of that sort of thing. Particularly in our exact location.”

The brewery plans to host local bands each week, as well as DJ line-ups across the weekend. 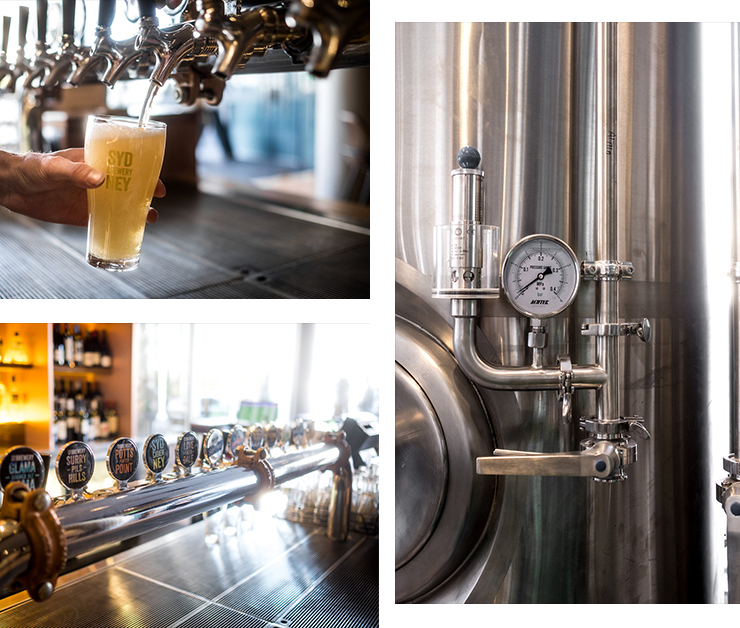 The large, spacious venue has an industrial vibe, complete with large street-facing windows which show off a set of large silver beer barrels brewing Sydney Brewery’s finest. On top of its own brand of beer and cider, the bar will serve a full suite of drinks as well as more refined pub grub, like large, doughy pretzels, braised lamb, cheese plates and a bombe alaska for dessert.

Some dishes, like the Sydney Cider mussel pot or Paddo Pale bratwurst, will be made with Sydney Brewery products, while other dishes, including a chorizo dog and a metre-long pizza, simply aim to complement the beer. 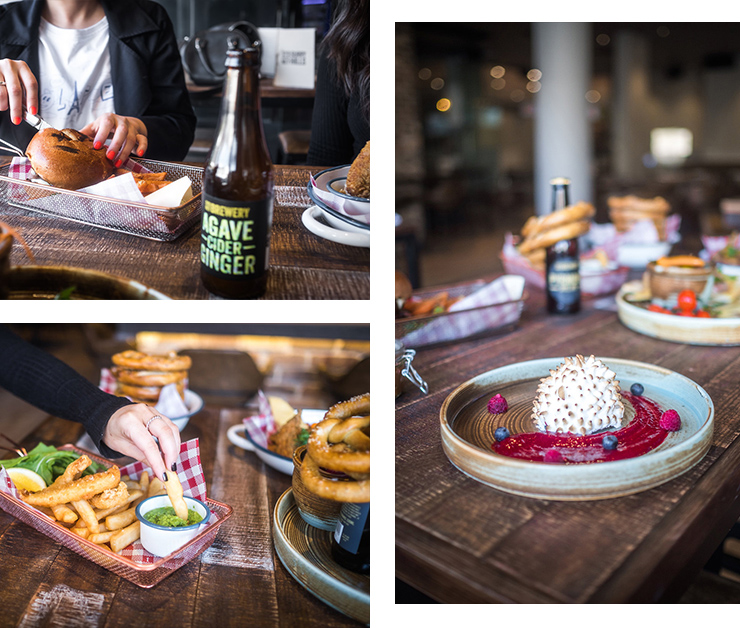 As for the brewery portion of the venue, Sydney Brewery Surry Hills will create small batches of brand new brews, the first of which is a super local ‘Albion Ale’, named after the very street the micro-brewery is located on.

There are also dreams of partnering with other local bars or businesses to collaborate on new flavours. “[Sydney Brewery Surry Hills] will also lend itself to collaborations with bars in the area. If they want to have some beers under their own label, we can do some small, fun batches,” Richard explained.

According to Richard, each brew draws on a feature associated with its namesake. “The style of beer reflects the suburb,” he elaborates. “Like Glamarama is a summer ale, so it’s a beachy brew, it’s fruity and fresh. Darlo Dark is a dark lager as a nod to the Cross, as is our Potts Point Porter.”

You can drop in now for a bevvy and a bite at Sydney Brewery Surry Hills, but the brewery segment is slated to be up and running in early September.

Feel like a glass of vino tonight instead? Here are our favourite wine bars in Sydney.