Meet the Bartender | Dan Cramsie from The Baxter Inn

I love The Baxter Inn because I love dark bars. They are the perfect setting in which to drink. The dim lighting allows for inebriation to sneak up on you like a warm, double visioned hug and in this type of obscurity the best decisions are always made. Always.

Sydney bar Baxter’s rests in the bowels of the big four and inhabits all of this sexy noirness. I imagine investors and lawyers and bankers all come here to play ‘who bought the biggest oil rig’ and ‘pedestrian monopoly’ where they laugh at the news and trade things like golf memberships for fun. Real normcore people go there too, not only for the incredible bar service and whisk(e)y selection but because every bar review ever tells them that ‘this is the f&cking place to be, mate’. Though be warned, there’s no reception so you’ll have no option but to dig deep for your social skills and swipe right in real life. 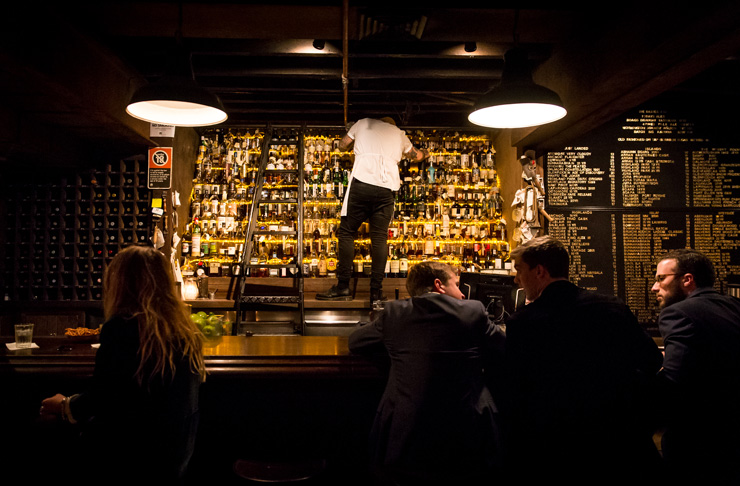 Did you know whisky is a thing now? I grew up in the great era of the Smirnoff Black. A time when J-Lo’s arse was real and belly button rings were finally fading out. It was a confusing time. Back then whisky was not a thing, it was something you managed to steal from your parent’s liquor cabinet, most likely Johnnie Walker, then mix with Mountain Dew. It never ended well.

While I don’t know how to bartend I certainly know how to drink and cast judgement upon people, and this is exactly what I did with Dan Cramsie who scored a 9/10 on the Ultimate Bartender Scale.

Here’s some cut-to-the-shit facts to know about Dan, so the next time he serves you, you can move straight from small talk to bigger issues like politics, religion and Miley Cyrus. 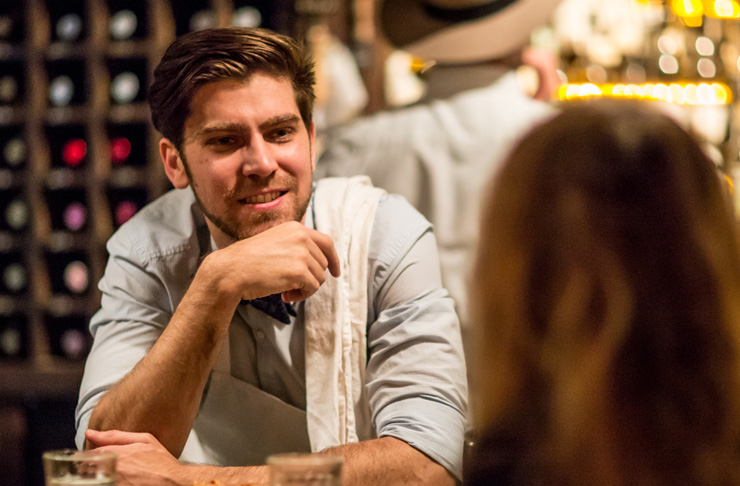 #1 Is an actual genius

People, and jerks, often perceive bartending as a secondary form of employment, a job taken during something like uni that enables one to pursue another vocation. Half the bartenders I meet have degrees, multiple businesses or have powerful social and intellectual dexterity to rival many influentials. Dan holds an honours degree in mathematics, so is obviously unfairly a triple threat, however he simply loves bartending. “I love the social aspect of working in a bar. I love meeting interesting and engaging people”.

Dan runs a very strong hair game. Lucky he makes delicious drinks and is incredibly humble otherwise I would find his immaculate haircut insulting. I look at his head and see a very lucrative pomade industry. Just look at his pictures. Not a hair out of place.

Things have just gotten very white girl. On top of Eminem and 90’s hip hop, Dan really likes Tay Tay. Apparently, this may or may not be Baxter’s clean up song upon closing. “It’s kind of tragic but a lot of fun,” he says.

This is a musical montage we must all petition to see.

In the midst of telling me all the saucy details of his life, Dan makes me a Penicillin and serves me a side of charm. While doing this colleague Allen, who wears a very nice inside hat, tells me Dan is his favourite partner to work with during a shift at Baxter’s. Why? Because he is so precise and on point. The Penicillin is one of Dan’s favourite drinks from Baxter’s; a modern classic, it has just the right amount of ginger and smokiness and is delicious.

George McLean, winner of last season’s Meet the Bartender, also calls him out as “the most charming”.

Dan loves brunch. Dan is in a cheese club. Dan spends his downtime at the beach and pondering life. Dan is your new best friend.

Dan is currently OS holidaying in Florence while he accompanies his mother to a wedding. Hearts swoon across the nation. He returns in a few short weeks.

Served on the night 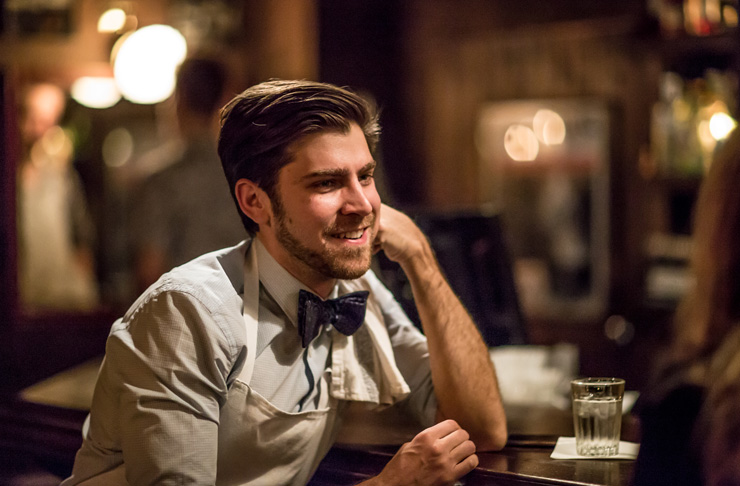 Thirsty for more? Read our interview with Luke Ashton from This Must Be The Place.