The Urban List’s Guide To Canberra

Yes, yes. There are a lot of roundabouts and public servants in Canberra. But our nation’s capital is whole lot more than the sum of its clichés, however accurate they may be. At bang on three hours down the Hume Highway, Canberra represents a handy li’l weekender for Sydneysiders. Here are a few of the city’s highlights. 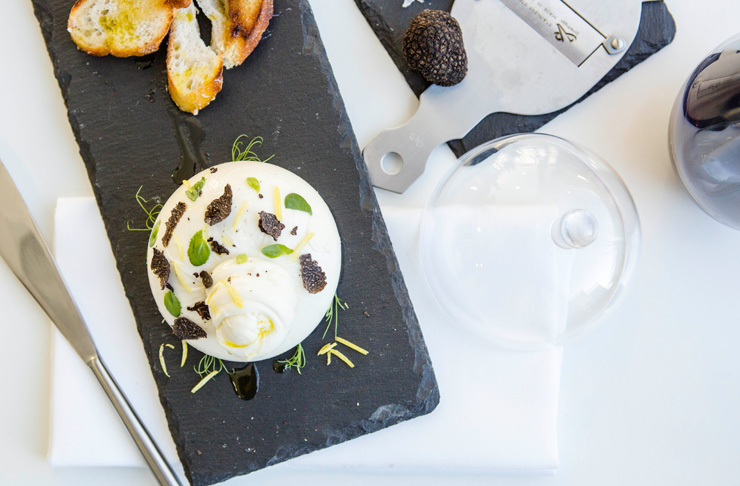 Casual café by day, elegant dining by night, Mocan & Green Grout (MGG) is a highlight of Canberra’s thriving NewActon. Green is right. The MGG’s outdoor space is wall-to-wall fronds. Well, wall-to-table-to-table-to-table-to-wall. You know what I mean. Meanwhile, reclaimed timber is the interior hero. But let’s talk food. The daily menu includes most favourites plus a host of more creative options such as savoury granola and avo or smashed eggs, smoked trout, nettle and parmesan. At night, sharing is caring. That said, the lamb shoulder with smoked yogurt, pomegranate and kale chips is all mine.

Oft referred to as Canberra’s best restaurant, award-winning Aubergine remains the leader of the fine-dining pack. Aubergine was awarded two chefs hats in 2012 and has held on to them ever since thanks to the consistent delivery of creative, contemporary dishes on an ever-changing menu. Located in leafy Griffith, Aubergine delivers high-end without the ostentation. The space is intimate, the menu is small and the experience is a memorable one.

Did you know to “86” a dish is to strike it from the menu once it’s sold out? Neither did I… until Canberra’s EightySix hit my periphery. The term is particularly relevant to this Braddon establishment given it’s not uncommon for a dish to be “86’ed” during the course of an evening. At EightySix, there are no paper menus. Such a commitment would be foolish given the options change so frequently. The atmosphere—energetic and noisy—is as busy as the chalk artist. A position at the counter offers a front-row seat to the action in the kitchen.

Ona Coffee is a household name in Canberra, which gives The Cupping Room some serious cred given it’s brought to you by the same team. The all-day menu, boasting a South American feel, changes with the seasons and is seriously impressive. Think huevos bollo starring two fried eggs, Pialligo bacon, guacamole and house made Costa Rican BBQ sauce in a brioche roll. Think roast pork belly with a fried egg, crackling, braised eshallots, pea and mint puree, pink lady apple and a pickle salad. Okay, enough thinking. Let’s eat!
WARNING: The Cupping Room only serve one style of milk-based coffee. Basically, it’s a flat white. This keeps me happy but may not impress everyone. The owners insist they’re doing it for the love of great coffee. Read more here.

Part Italian restaurant, part bar, Joe’s Bar is tucked into the East Hotel in Kingston. It’s one of those places where the food is as important as the drink, so load up on the antipasti, the lasagne, and the burrata (it ain’t called the king of cheese for nothin’). Couple that with a glass of local or imported wine or one of their fun as cocktails, and you’re in for a damn good time.

I’ve always thought the 1920s looked like my kind of decade. Molly, a secret squirrel of a speakeasy in Civic, validates my thinking. Tucked within Hobart Place, behind an unmarked door and down a dark staircase, Molly is a hidden gem serving up a setting about as close to the prohibition era as you’ll find in Australia today. The drinks though, of course, are legal (if you are) and Molly takes full advantage. The bar is seriously well equipped and the eats? Food may not be the star of the show but you won’t hear me utter a bad word about a charcuterie station.

The old-fashioned air continues at Hippo Co, a Garema Place stalwart. The popular cocktail and whisky* bar is a cosy space with some serious hunting lodge vibes (think Darlinghurst’s Shady Pines Saloon). With more than 200 whiskies at your service, an in-house whisky curator and dedicated whisky tasting events, the ‘Co’ at Hippo sure know their stuff. The atmos steps up a notch with live jazz on Wednesdays.

*Whisky has two spellings. Both are legit but the context matters. Technically I should have used both here but who needs that kind of confusion? Not me.

We can be pretty smug about the views on offer at pubs and bars scattered across our harbour city… and for good reason. But that’s not to say there isn’t a view or two to be soaked up elsewhere. Sure, Canberra might not spring to mind but Aviary Rooftop could help change your tune. Canberra’s first rooftop bar boasts panoramic windows overlooking Black Mountain Tower, the National Gallery, Parliament House and Lake Burley Griffin. Plus, great drinks!

Sydney, we know you love your street food so we’re pretty sure you’ll love The Hamlet, Braddon’s buzzing hub of food vans and market stalls. A former car yard, the Lonsdale Street locale is a far tastier prospect these days with everything from pizza to Peruvian, ‘dogs to doughnuts, meatballs to milkshakes. Meanwhile, the markets show off some of the city’s up-and-coming designers and help create the village vibe locals love.

No, you’re not on a school excursion but you are Australian (probs) and the Australian War Memorial is a truly fascinating, educational, moving, patriotic and important experience. Go! While you’re playing tourist, why not pop over to Parliament House and roll yourself down that grassy knoll? It’s a right of passage (although possibly a security breach, in which case I take zero responsibility for this reckless directive).

Canberra gets pretty damn cold in winter, which isn’t great for my circulation but it is fantastic for cool-climate wines. Merlot, Shiraz, Riesling and Chardonnay are among the varieties bottled across the 140 vineyards located in Canberra’s wine region. More than 30 wineries are less than 35 minutes’ drive from Canberra’s CBD. If no one’s willing to play designated driver, book yourself a wine tour and enjoy a cellar door or two. 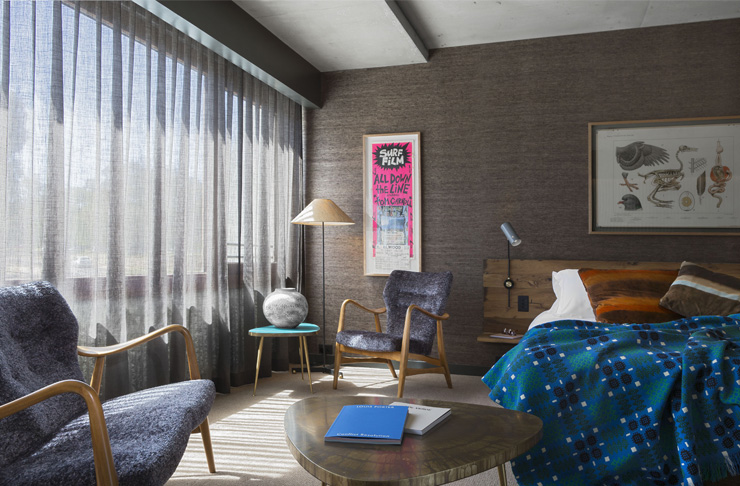 A luxury hotel with a touch of cool or a cool hotel with a touch of luxury? QT Canberra is the latter for mine but either way it’s a great place to stay when you’re visiting the capital. Formerly Ridges Lakeside—an iconic but tired site—QT celebrates its city with plenty of nods to Canberra’s history and highlights including scattered political references (in a good way, if you can believe it). The rooms are modern (with super comfy beds), the service is strong and the restaurant (Capitol Bar & Grill) and bar (Lucky’s Speakeasy) are both well worth a visit. And yeah, there’s a Barber Shop. Obvs.

Speaking of cool, Hotel Hotel (HH) is another NewActon tenant where design takes centre stage. Nestled in the Japanese-inspired Nishi Building, Hotel Hotel is stylish and sustainable, and will be particularly impressive to anyone with an interest in art and architecture. Just try not to Instagram that entrance. Monster Kitchen and Bar lives on the hotel’s ground floor and is a must whether or not you’re a HH guest.

When the budget won’t stretch as far as a boutique hotel demands, but you’re still keen on modern furnishings and conveniences, Avenue Hotel Canberra has your back. Opened in 2014, the Braddon hotel is sleek, spacious and contemporary with a choice of hotel rooms, spa suites or self-contained one and two bedroom apartments. The short walk to Lonsdale Street means you’re never far from a great coffee, fabulous feed or cheeky tipple.

This new hotel in Canberra is pretty darn cool. With huuuuge rooms, fully equipped kitchens (although will you actually be cooking with all the good food options?), a gym for after all that eating and Nespresso coffee machines in every room, East Hotel is a perfect option for your weekend away. Oh, and with Joe’s Bar downstairs, you won’t have to go far for good eats and drinks

Are you a weekend wanderluster? Check out The Urban List's Guide To The South Coast for your next inspo.